I have decided to put all the nappies I sell through an absorbency test, to enable better comparison between brands for customers. Absorbency is the key issue for a lot of people, and unlike a cute print or the type of fastening it’s not immediately obvious.

The method I came up with is designed to give the maximum absorbency-it would be uncomfortable to routinely leave your child in the nappy until it was that wet. However it is an excellent way of comparing absorbency between brands and ranges of nappies. Each nappies result will be listed with it’s Product Review on this blog, as well as being added to a list of all results. 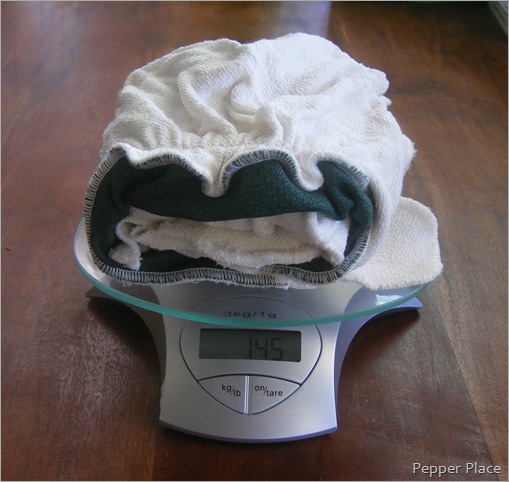 First up, the nappy is prewashed as necessary, and weighed when dry. 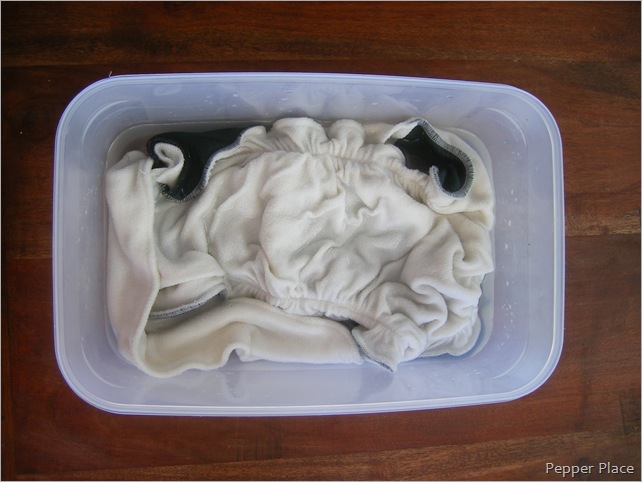 Next, it’s completely immersed in water until saturated. 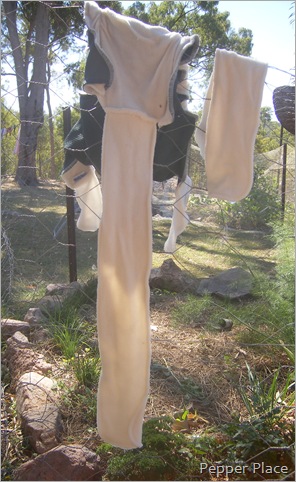 It’s hung up without squeezing or wringing for twenty minutes. I was originally going to leave each until it stopped dripping, but then the scientific training i’ve had came in useful-you may only change one thing at a time in each of a range of experiments, and in this case that will be the nappy! 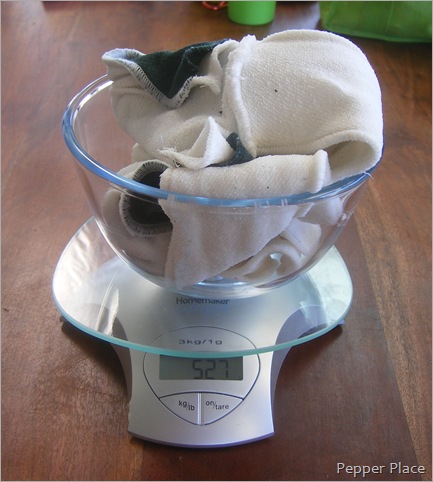 Finally, it is weighed again-obviously with the scales calibrated to account for the bowl! As you can see the Mandy Mac Bamboo used here increased in weight by 382 grams, and as water is conveniently equivalent to weight (grams=millilitres) we can see that it is capable of absorbing up to 382 millilitres.

I'm not selling anymore, sorry-please feel free to ask questions about tutorials/methods, but I will no longer be taking orders.